At least 200,000 people show up from around the world to attend San Francisco’s one and only Outside Lands. The festival offers visitors music, food, drinks, and memories that are unforgettable. One thing that is forgotten is: what happens to all the food that is discarded, dropped, or not sold? For those of you wondering, the company that hosts Outside Lands, Another Planet Entertainment, is one step ahead of us. 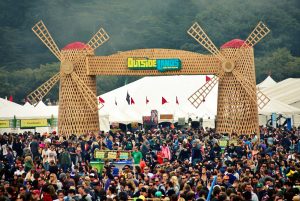 The company, hundreds of employees, and food vendors helped decrease the amount of food waste by producing 56.69 tons of compost (119,380 lbs). All 119,380 pounds can have uses for growing more food for the San Francisco population and elsewhere. How exactly does the food waste help plants? Well, there are two methods of using compost, mulch and soil amendment. Mulch is a mixture of nitrogen and carbon, along with food waste (egg shells, fruits, vegetables, coffee grounds). After time the mixture will break down, and if you spread this around your garden, those plants will be healthier than ever! Soil amendment is similar, except you bury your compost underground and plant your crops on top so the roots will soak in all the juicy goodness.

Cooking Oil to Energy You Say?

When one thinks about festival food they often drool over the visions of churros, donuts, pretzels, and other fried sugary delights. Outside Lands offers the festival goer a variety of snacks and meals that are both fried and non-fried. With restaurants like 4505 Meats, Big Chef Tom’s Belly Burgers, Little Skillet, and the countless churro and pretzel stands pushing out the goods to hungry attendees, the barrels of cooking oil add up. 6.4 tons (1,600 gallons) of cooking oil were recycled for repurpose. Oil can be reused by two different processes. The first is an anaerobic (no oxygen) method where the oil can be converted for heat, electricity, and water. This method is where they transform the oil for use in cars and trucks that use diesel. This bio-fuel is much more eco-friendly than oil based fuels.

Giving Back to the SF Community

Vendors were responsible for donating about 12,150 lbs of uneaten food to the homeless and other communities who lack proper food! The Department of Homelessness & Supportive Housing states that around 8,000 people in San Francisco are homeless. 1 of 7 people who live in the Bay Area are food insecure. Distributors help give uneaten food to shelters or communities that don’t have proper grocery stores. Outside Lands teams up with numerous non-profit organizations that educate the public on food. Friends of the Urban Forest help incorporate urban forests more and teach the perks of planting trees. Garden For The Environment teaches hands-on gardening classes to enlighten all ages that gardening is important. Urban Sprouts is another non-profit that helps build communities through gardening. Their websites are listed below.

(This data is recorded from Outside Lands 2016, but Another Planet Entertainment is surely doing their part again for Outsidelands 2017, and the many more to follow!)

Friends Of The Urban Forest: http://fuf.net/

Garden For The Environment: http://www.gardenfortheenvironment.org 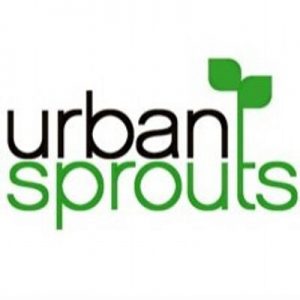