Food, Family, and Ethnicity
Food and the Community 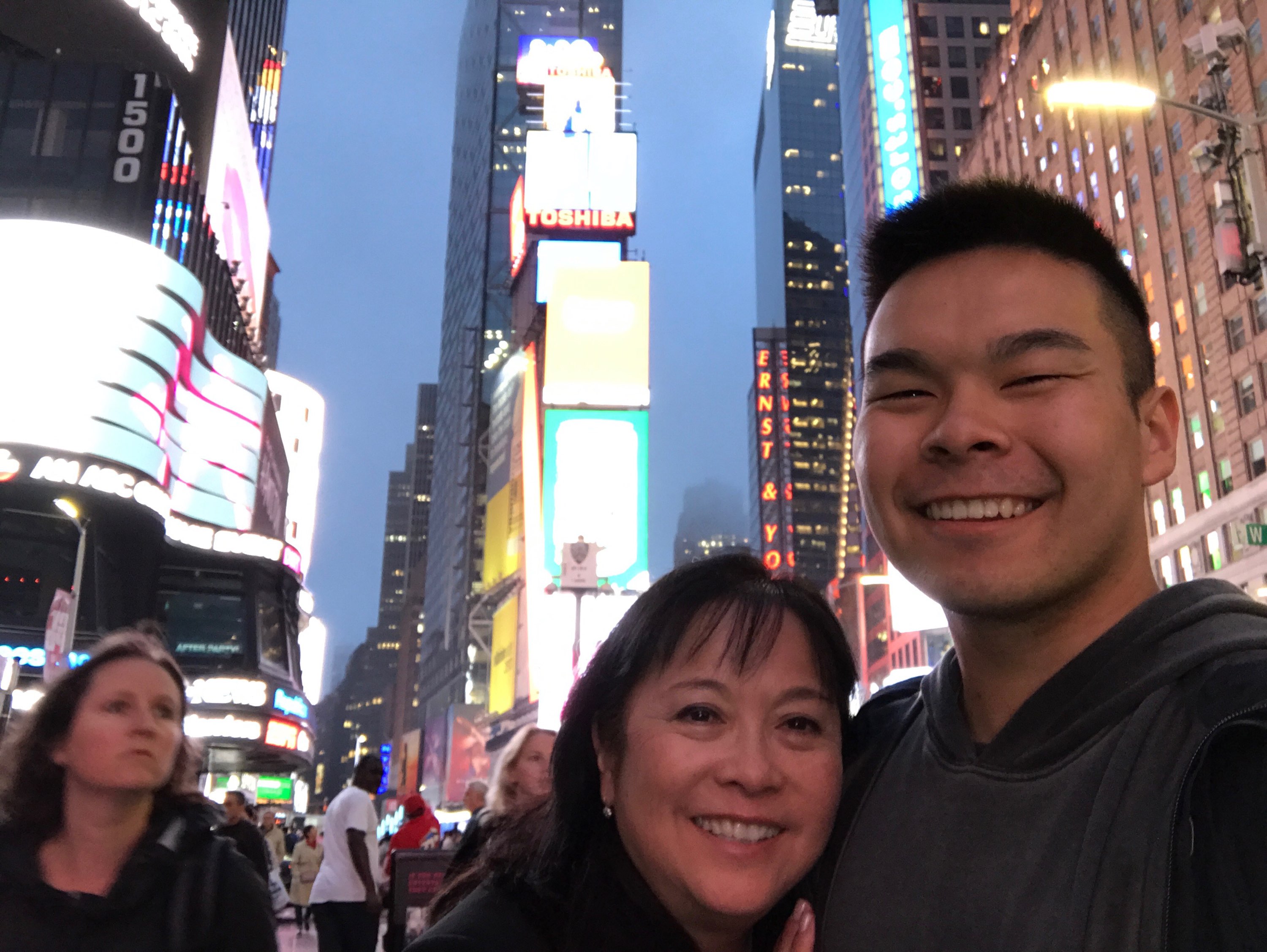 As I bit down into the dehydrated chicken, I felt the individual tendons snap apart like twill that had been taut too tightly. The Chinese sausage had turned out to salvage the chicken. While the chicken’s interior lacked moisture, it had been coated in a glorious layer of liquid fat. When I had finally finished, I was greeted by a shimmering image of myself at the bottom of the bowl. All of the chicken juices I had missed earlier fused with the sausage fat and marinade to create a fatty soup that was borderline sinful. As I slurped up remaining juices, I could detect the individual use of each ingredient. Everything from the shitake mushrooms to the rice wine had provided their contribution what was the umami bomb of the dish.

But as delicious as the dish was, it paled in comparison to that which my mom had made for me as a child. Having followed the recipe exactly, my only conclusion was that it was missing the same love and care my mom (and hers before) had put into the dish. This brought me back to the origin of the recipe, which my Mom had imparted unto me.

My Mother has no official name for this dish. “Village food” my Mom calls it, as she recalls my Grandmother’s stories of cooking this in the villages of Canton. As my Mom brings up our family history, she always makes a point to remind me of our humble beginnings as village people. She then begins to discuss how this was a dish her mother would make as comfort food. It was a dish that had no recipe. The measurements and instructions were details my Mom picked up on from watching her Mother cook it. Because this food had come from the old villages of Canton, my Grandmother never had a written recipe in a cookbook. This was because many Asian cultures prefer close estimations to precise measurements. Using these same techniques, my mother succeeded in re-creating some of the same spirit my Grandmother’s dish held.

That’s not to say all of my Grandmother’s concoctions were of the same caliber. When discussing this recipe with my Mom, she mentioned two main dishes from her past. There was this delicacy, and a makeshift macaroni. As an immigrant, my Grandmother was never brought up to understand what macaroni meant in a traditional American sense. She would combine macaroni with ground beef, ketchup and corn to create a very ‘American’ macaroni for her kids. Using a hodgepodge of American ingredients, my Grandmother had attempted to make something akin to a Chinese beef noodle dish. My mom enjoyed it as a kid, but looks back at it with less reverence as the chicken with sausage dish. While not as appetizing of a meal, my Grandmother’s macaroni is an important part of my family’s history. It was the food my Grandmother made to keep her children’s bellies full. My grandmother didn’t have access to a lot of the ingredients to make proper Chinese beef noodle stir fry. But she did her best, and developed her own recipe to satisfy her family’s appetites. While this dish still holds a dear place in my Mom’s heart, it helps to give her an even stronger appreciation for the Chinese recipes her Mother would make.

Finally coming out of my cloud of thought, I began to realize what this dish meant to my family. This dish was my Grandmother’s way of reconnecting with her roots in a foreign land. But this was much more than just soul food to her. It was a way to inject her history and culture into the lives of her family. Despite her family being an American family, she succeeded in creating a tie between them and her history.

As I began to wash my dishes, I realized that this is what my Mom had also accomplished with me. Despite growing up as an American, she wanted her children to have the same connection to China that her Mother’s cooking had provided. 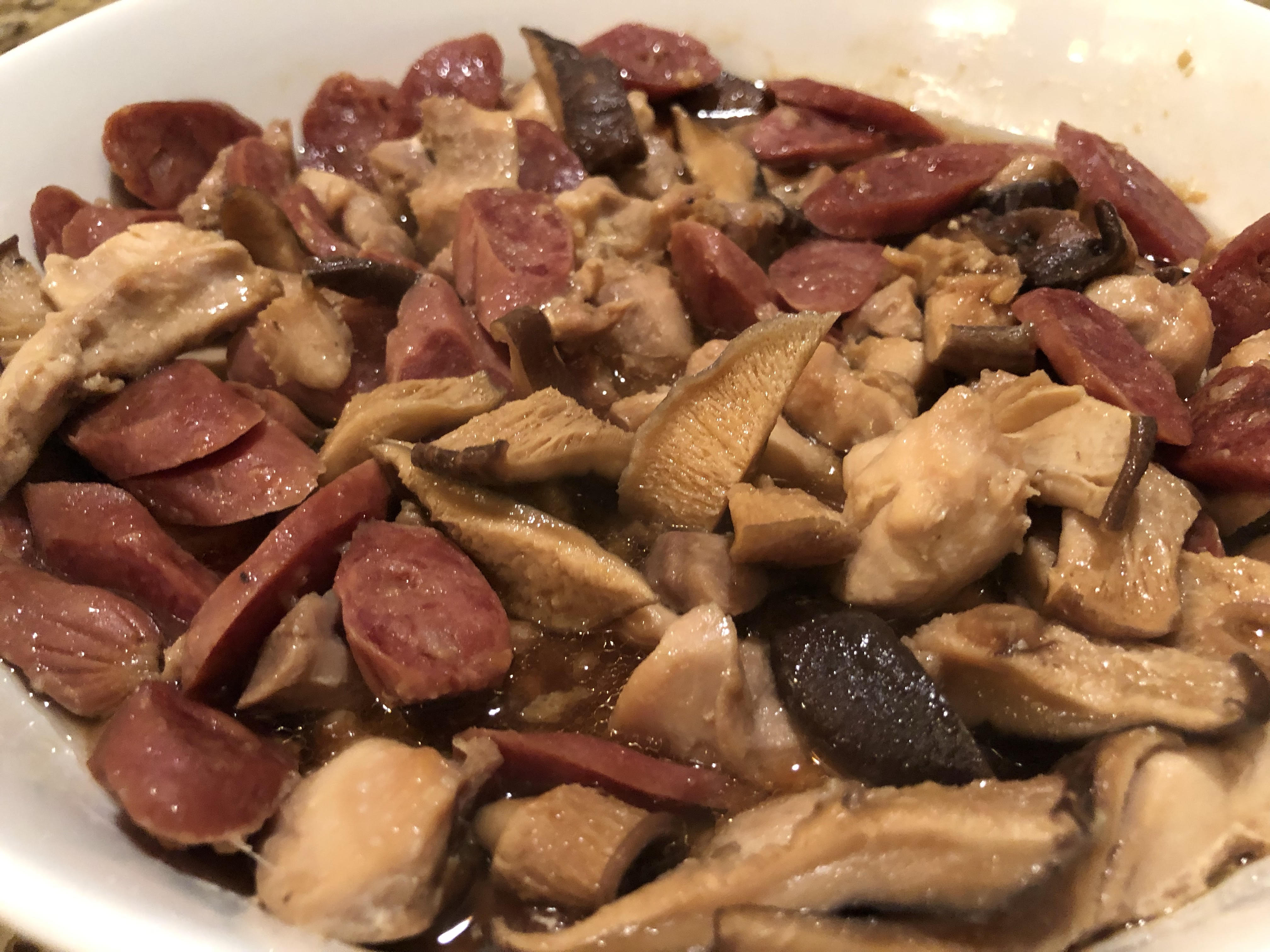 2. Add 2-3 Chinese sausage to pot of water and bring to a boil. Boil for 2 mins and then drain water. Remove outer skin by hand then chop or slice sausage as desired.

3. Rinse boneless chicken thighs. Remove all fatty parts with knife. Cut thighs (across the grain) into bite size pieces. Be sure to remove excess water.

4. In a separate bowl or mixing bowl with spout, mix together the following ingredients to make the marinade:
2 T. Soy sauce
2 T. Rice wine

6. Add generous amount of water to bottom of wide pot – fill to about 1/2 inch of stainless steel platform. Carefully place bowl into pot on top of platform. Cover and steam for about 45 mins – 1 hour. SAFETY TIP! BE SURE to check the dish every so often to insure the water has not evaporated. Check for doneness. Serve with rice.