On Monday, chef Richie Nakano taught some students how a handful of ingredients can actually turn into something extraordinary. The meal itself took around 30 minutes to make, and was relatively easy for pasta lovers at home. 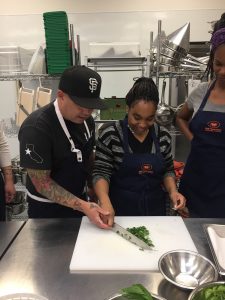 The class began as Richie helped teach students a safe way to hold a knife and chop parsley. After the parsley was chopped into small pieces, the class began picking basil leaves off their stalks. QUICK TIP: Basil oxidizes quickly. With water at the boil it was time for the class to throw in the Bucatini.

Chef Richie instructed the students to cook the pasta for only 5 minutes in the boiling water. The reason being that the pasta will continue to cook in the sauce in a separate pan. Our sauce that day consisted of: red pepper flakes for a little heat, salt for taste, and some olive oil. Once the 5 minutes ended students moved their noodles to the pan along with a couple ladles of pasta water. 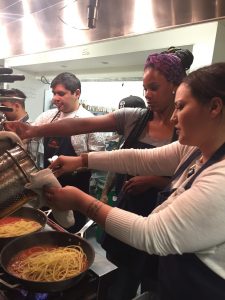 Move the noodles around the pan, by doing so they absorb the sauce and attain a nice color. As the pasta water evaporated we ripped (literally) the basil and threw it in the pasta, this will add pleasant aromas to the dish. 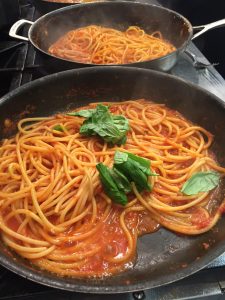 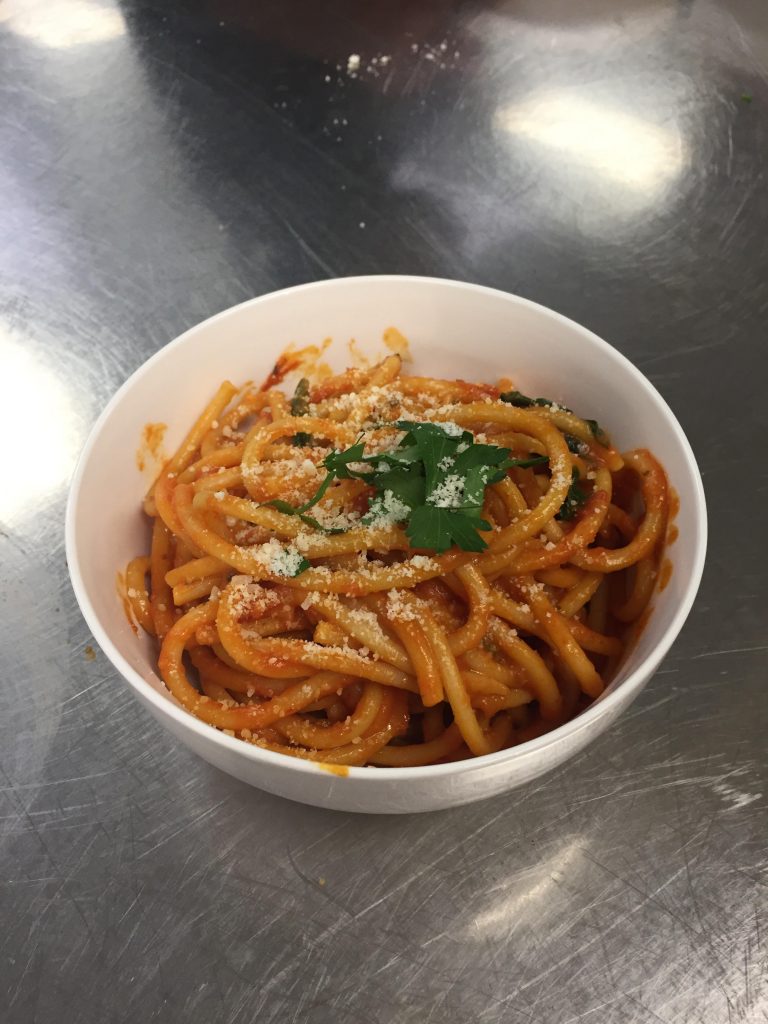 As the Bucatini got closer to done we doused the pasta with some olive oil and mixed. Chef Nakano explained that this will give the noodles a nice shine. We then sprinkled a generous amount of Parmesan into the pan and mixed it very well. After this step is done it was time to plate!

Chef Richie showed different ways to plate the pasta, such as a twisting action that will result in a mountain of Bucatini. Once the pasta was in the bowl we weren’t done yet. The dish was garnished with some more Parmesan and chopped parsley.

Chef Richie’s recipe was an easy weekday dinner, that you can cook quickly, and eat even quicker. Happy cooking! 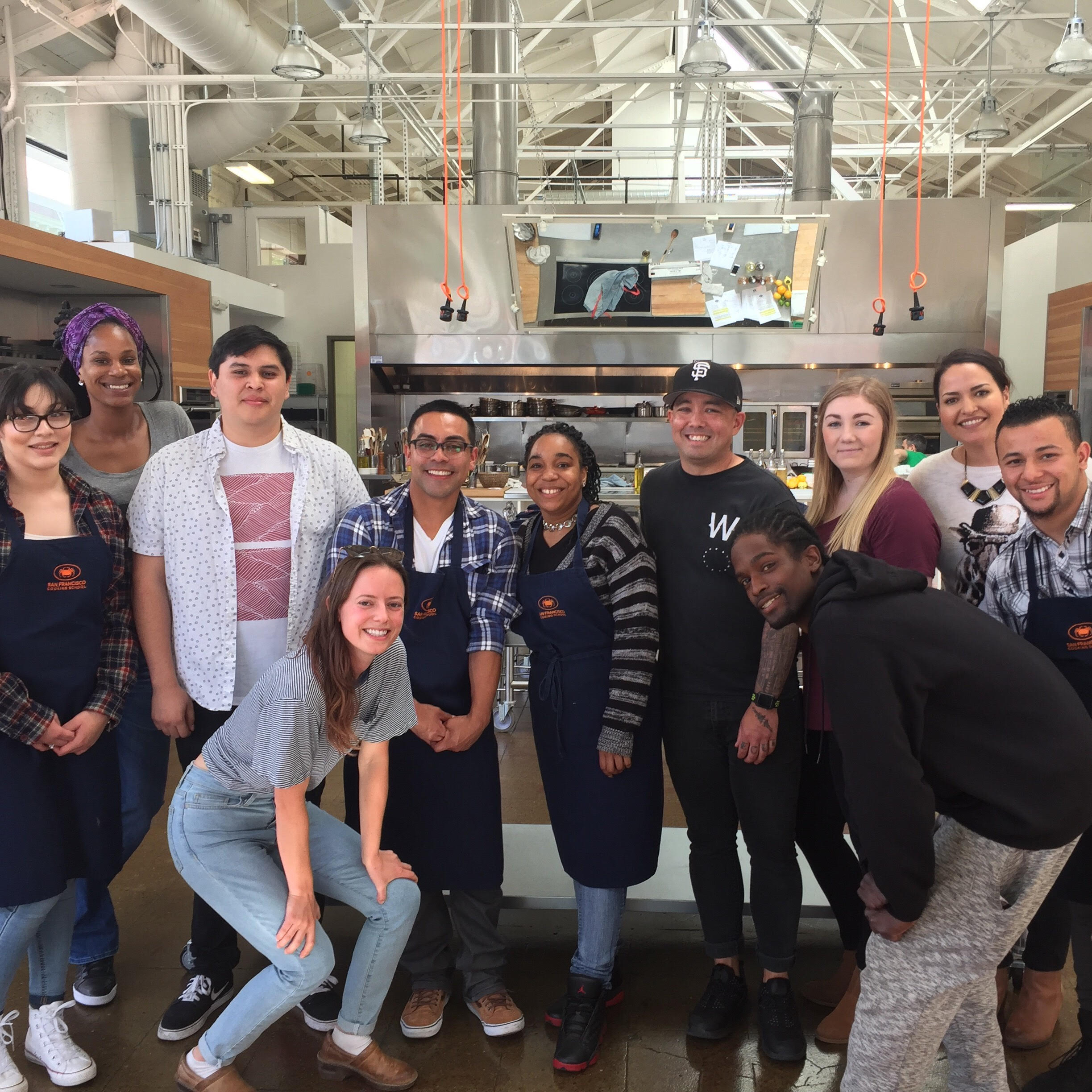