On the Menu: Chicken Scallopini

Rachelle Boucher joined us for another cooking class, at the magnificent San Francisco Cooking School, to teach us how to make a beautiful chicken scallopini. Prior to the class, Chef Rachelle has served as a private chef and a culinary humanitarian working with youth programs, like Homeward Bound. She developed this recipe while cooking for the nearly 100 homeless teens that lived there. Her work did not only put a smile on her face, but smiles on the stomachs and faces of the teens she taught.

Right off the bat before cutting or cooking anything she said that cleanliness and organization is a must. She said to get your Mise en place (French for putting in place) ready, lay out your ingredients so that you can access them easily. Pots were bubbling on the burners for our pasta, just add some salt and let it be, we’ll come back to it later.

Next she had some students trim some of the fat off the chicken breasts and butterfly them. Butterflying is a technique where you cut the chicken breast through the middle (thick side first) but do NOT cut it fully in half. Supported by Chef Rachelle’s enthusiasm and insight students were butterflying with ease! The chicken station was moving like an assembly line, the chickens were butterflied, then students covered the chicken in plastic wrap and gently pounded to tenderize. The final step was lightly dousing the poultry with Wondra flour, as Chef calls it Grandma’s flour. 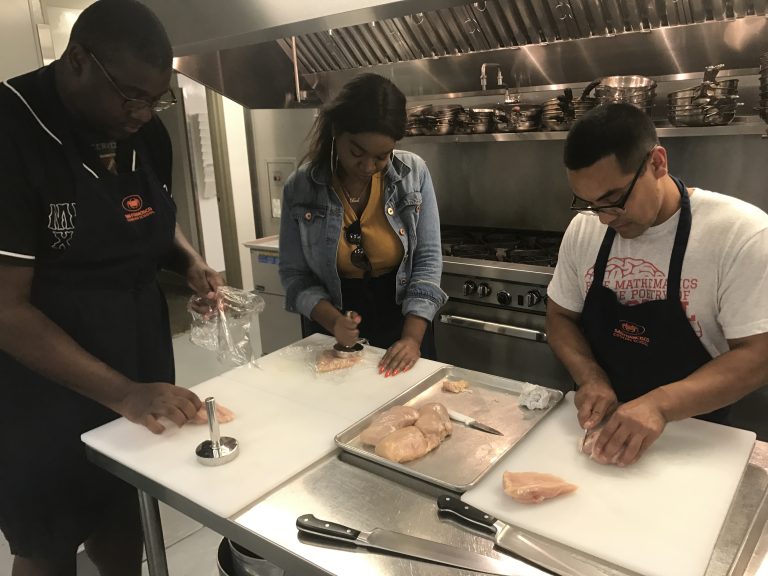 Students poured some olive oil and formed a shallow layer on the pan. Quick Tip: The oil will move faster in the pan the hotter it is. The oil was glistening, asking for the chicken to be tossed in the pan. Chef Rachelle explained that laying any meat away from you is a handy thing to know so the oil doesn’t splash all over you. Chef then showed how to deglaze a pan. Pour some chicken stock in the used pan and scrape the goodness with a wooden spoon. She then poured the stock into the baking tray.

While the chicken station is going at it, the veggie station is working just as hard. Students were delicately slicing cherry tomatoes in half, finely chopping parsley, and slicing some green zucchini. One student was slicing a nice, thick log of mozzarella to lay on top of the scaloppini. To increase the cheesiness, some Parmesan was then grated to seal the meal together. Into the oven they go, and now is the time to make your pasta. Gently put your pasta in the boiling water and cook till al dente. Your scallopini should be ready around the same time as the pasta, so get your forks and plates ready. 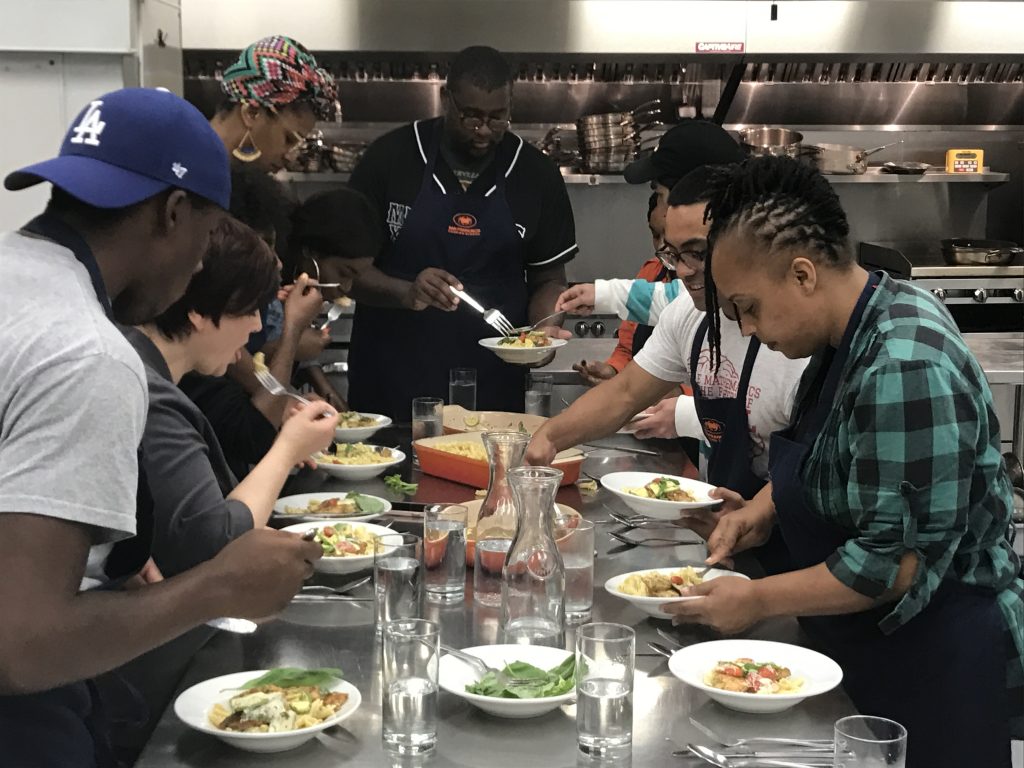 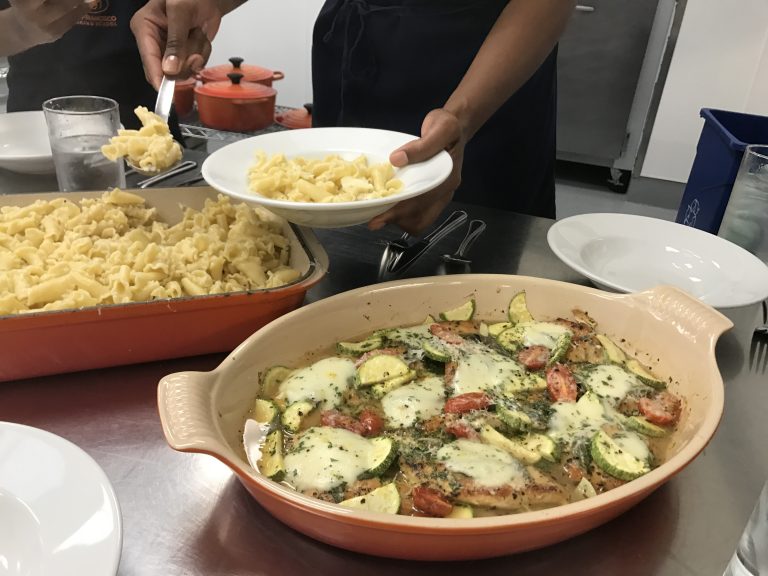