On the Menu: Salmon Sinigang 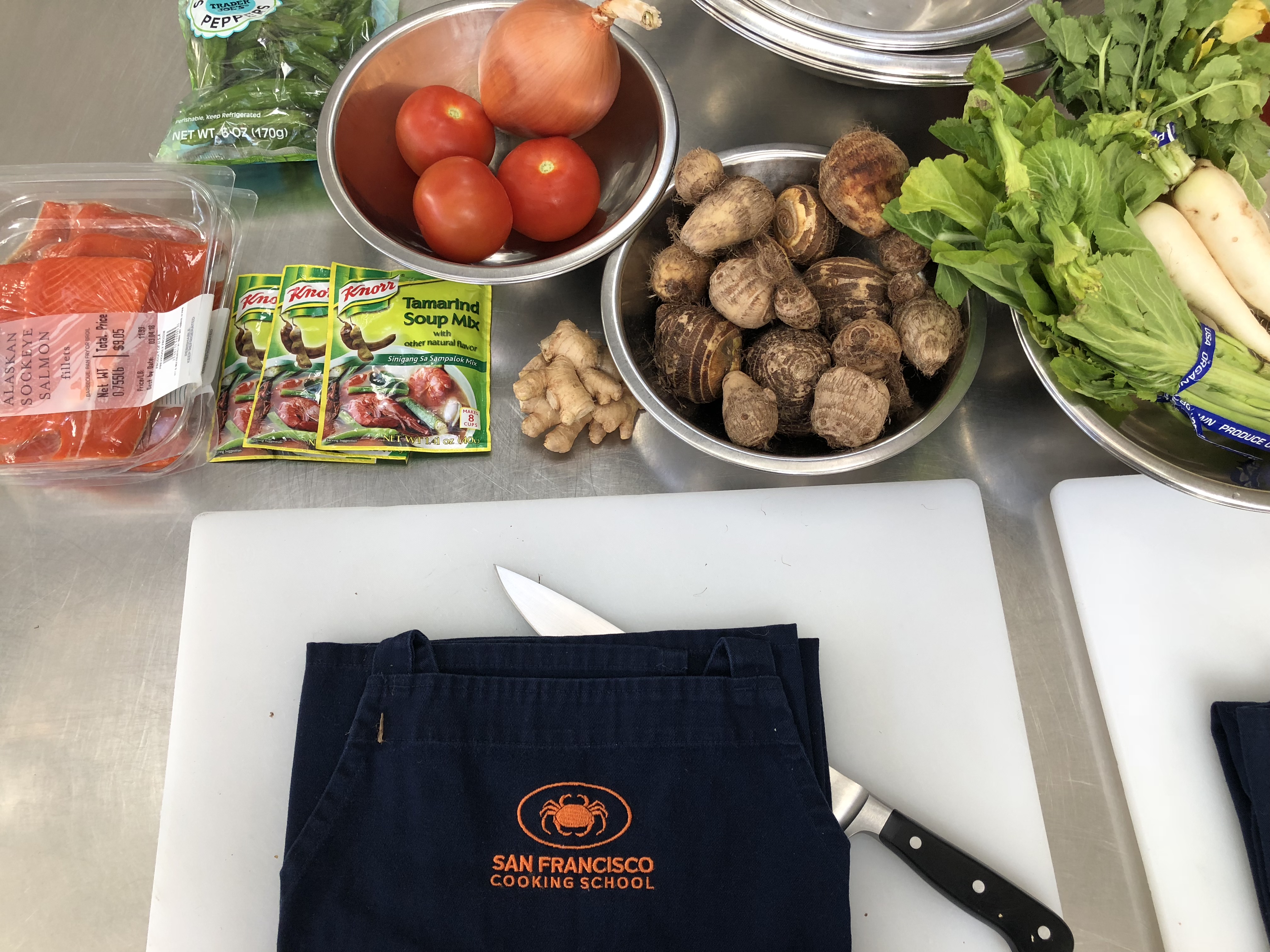 This past Monday one of our very own staff introduced us to a dish that tantalized some taste buds. Mayo Buenafe-Ze, professor at the University of San Francisco, showed us this robust stew. Since salmon is not a typical ingredient in Filipino cuisine, how did this meal come about?

It all began in the early 1900’s after the U.S. annexation of the Phillipines from Spain. There was a mass migration of Filipino immigrants in the United States. On the west coast Filipino immigrants would work in the farm fields during the harvest season. As fall and winter set in the laborers would travel from California to Alaska. Home to the predominant salmon industry, these immigrants worked in the many salmon canneries. Since the heads and tails were discarded, the Filipino workers were resourceful and infused the salmon in a traditional sour stew. Thus, Salmon Sinigang was born. This dish with humble beginnings is truly fusion between American and Filipino cuisine.

Students began with prepping their mise en place by chopping one onion and four tomatoes. In addition to the onions and tomatoes, the students also cut four daikon radishes. Alongside the radishes, students cut six taro (gabi in Tagalog). While this was happening 10 cups of water were being brought to a boil in a pot. Students then added the tamarind soup bases and ginger. Once everything was infused the taro was added to the broth. Next, they put the onions, tomatoes, and salmon in the pot. Simmer for about 5-10 minutes (or when the salmon falls off the bone). Season with salt and pepper to your taste. They then turned the stove off and added in generous handfuls of mustard greens and the cut daikon radish. The residual heat should cook the vegetables perfectly. Serve while steaming hot. Alongside a bowl of rice if you choose. 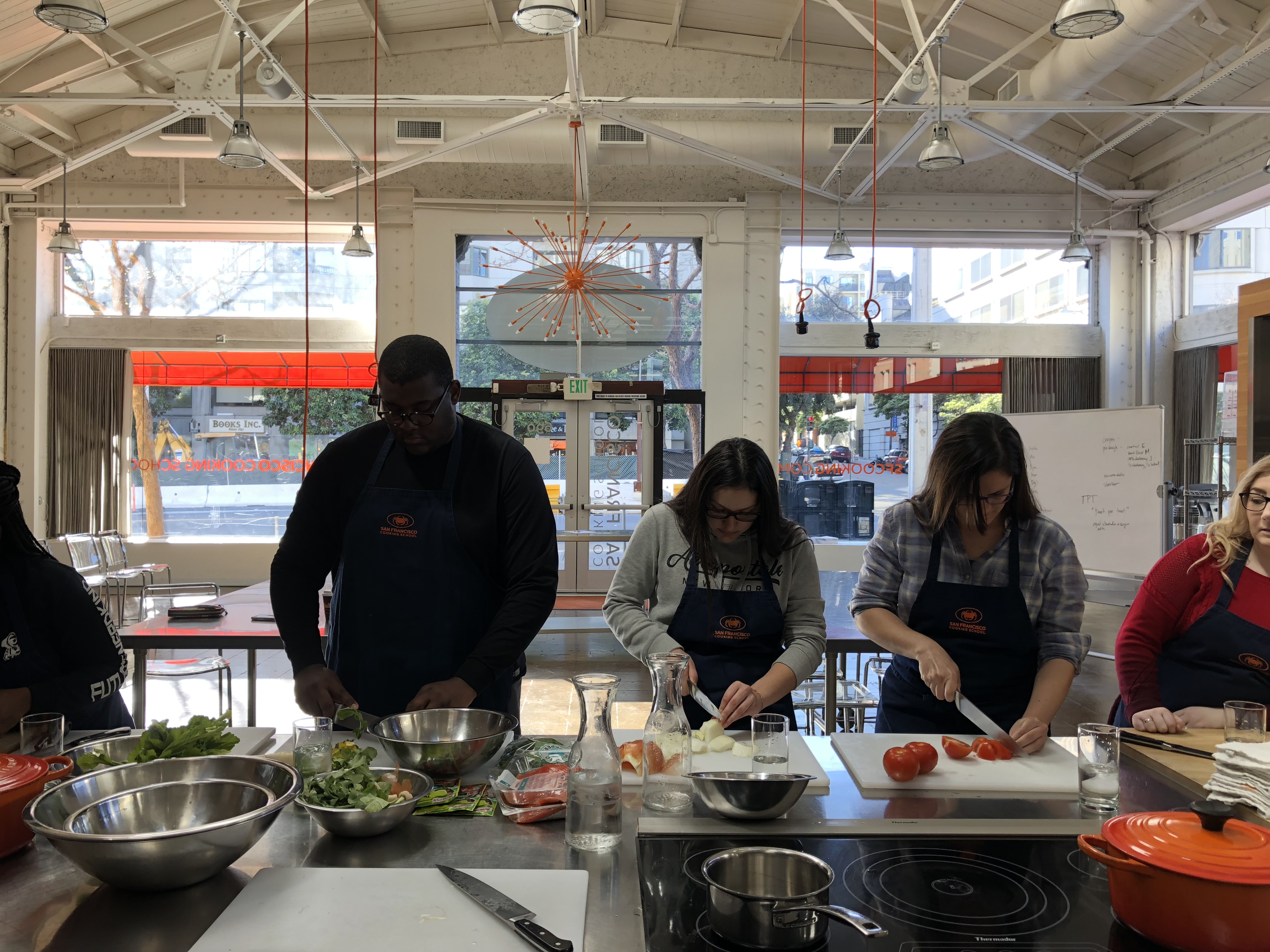 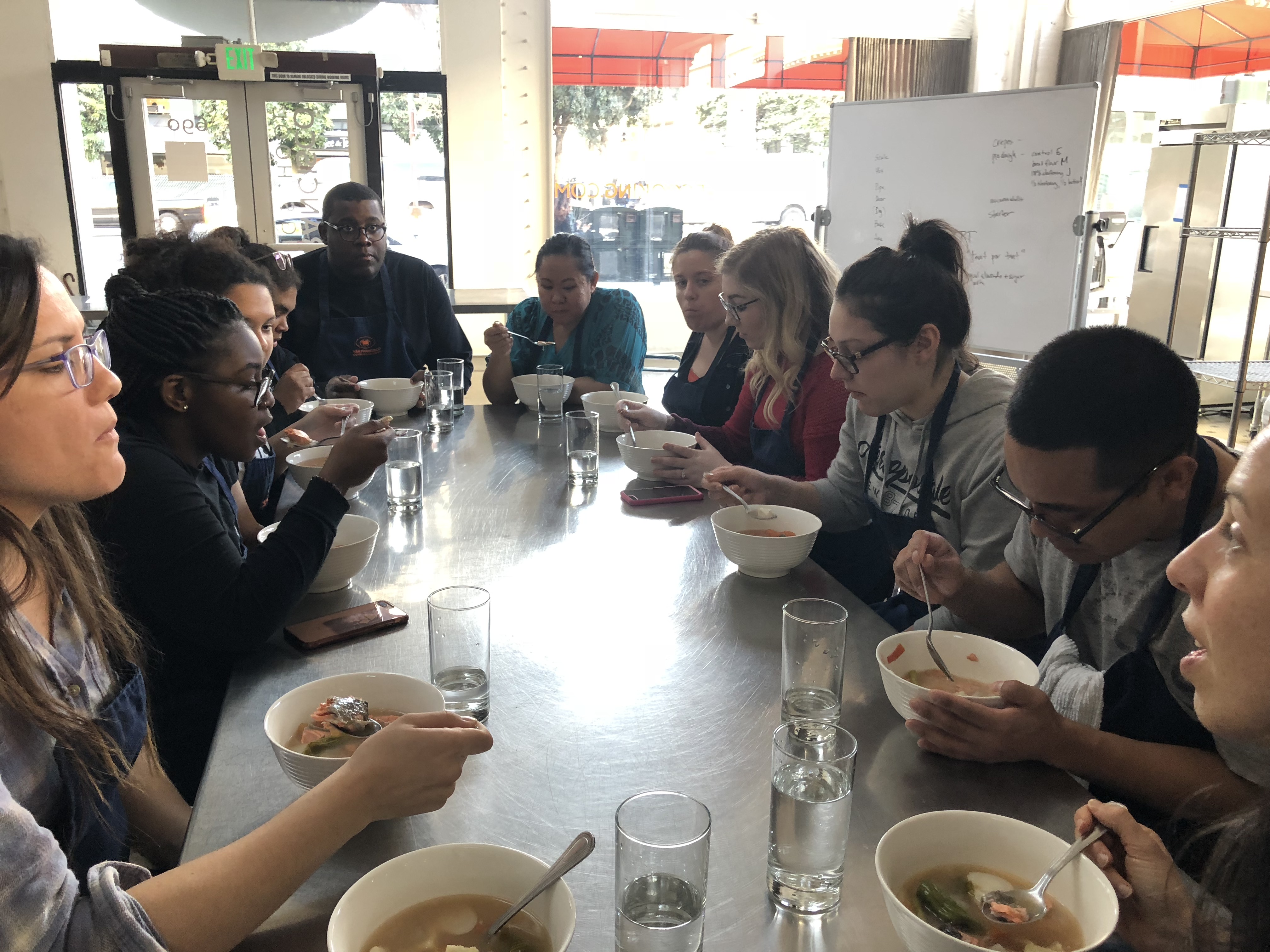